The new Liberal majority government and its ‘sunny ways’ have swept through the Canadian science community since the election. There are two newly minted cabinet ministers with the word science in their title: Minister of Science Kirsty Duncan, and Minister of Innovation, Science, and Economic Development Navdeep Bains. Not only that, but the words climate change were added to the Minister of Environment, Catherine McKenna’s, title. 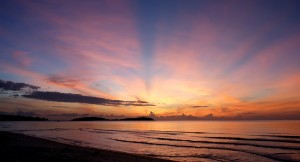 Media outlets have been quick to speak to previously ‘muzzled’ scientists like Kristi Miller, Steve Campana, and Max Bothwell. There’s an unfamiliar feeling of optimism in the air.

Canadian science bloggers have also been voicing their opinions on what the new government might mean for the future of science in our country.

At Watershed Moments, Sarah Boon describes the state of science in a post-Harper era. She notes that scientific societies could play a considerable role in holding the new government accountable to its promises; however, this may be challenging due to the lack of overarching umbrella organization between scientific societies in Canada.

On the Liber Ero blog, Brett Favaro outlines six ways that Canadian scientists can contribute to the political process. These include being a non-partisan contributor to policy discussions, and focusing on solutions to environmental issues.

At Confessions of a Science Librarian, John Dupuis offers some advice for a new Chief Science Officer (as promised by the new Liberal government). He focuses particularly on the damage done to Canada’s federal science library system – something that hasn’t come up in previous posts.

Over on Frogheart, Maryse de la Giroday comments on the role of science in Trudeau’s newly minted cabinet, and provides some insights into what she expects to see from the Liberals in the future. She also provides some suggestions to the new government on ways to improve Canadian science.

On the Genome Alberta blog, Mike Spear reflects on how science-based organizations lobby government in these changing times, now that we have a new NDP government in Alberta, and a new Liberal government at the federal level.

Most importantly, the (publicly available) mandate letter for the new Minister of Environment and Climate Change specifically states that: “your professionalism and engagement with [members of the Parliamentary Press Gallery] is essential.” So expect to hear more about Canadian government science in the next four years!

The post-election buzz has been mostly positive as scientists rejoice their newfound freedom. Reversing the policies that were implemented by the Harper regime will be a challenging, multi-year process, but thus far the momentum is heading in the right direction.

One thought on “A new day for Canadian science”