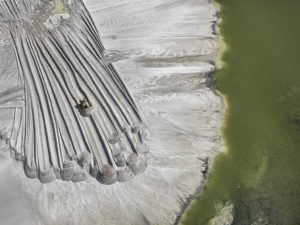 The Anthropocene Working Group, an international group of geologists and scientists, has deliberated on this question for the past nine years and concluded that humans are now the dominant cause of lasting impacts on the Earth. They call the current geological epoch the Anthropocene.

Anthropocene: The Human Epoch is a collaboration between filmmakers Jennifer Baichwal and Nicholas de Pencier, and photographer Edward Burtynsky. Filmed over three years, the documentary uses vivid imagery to show the human processes that influence the environment on all of the continents except Antarctica. 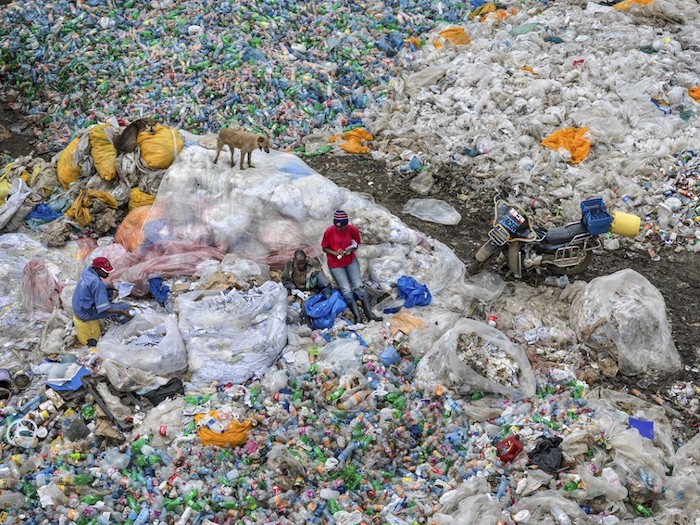 The film opens with a crackling fire, growing increasingly brighter as seconds pass. The slow reveal of the setting mimics the tone throughout the film. At first glance, the images seem distorted by the frame of reference before the context is ultimately revealed. The cinematography gives life to the images through slow panning and long pauses.

The sounds complement the imagery, interweaving nature and machines. The sounds of nature â€“ hissing, crackling, and roaring â€“ are juxtaposed with the machines: buzzing, whirring, and beeping.

Our introduction to the forests of Vancouver Island begins with flora and fauna. Later, a tree falls to the ground. The forest workers pile logs onto a truck and the sequence concludes with a pan across the barren land.

Through these contrasts, the presentation provokes astonishment. The message is clear: human activities have caused irreversible change.

There is a concerted effort to include the voices of society. Narration remains objective while interviewees, often workers, give reasons and opinions. Viewers are given a rich and nuanced view of the consequences of human activities on the environment through these vicarious experiences.

Kate Taylor, of The Globe and Mail, eloquently summarizes the film as a “delicate yet purposeful balance between observation and advocacy.” 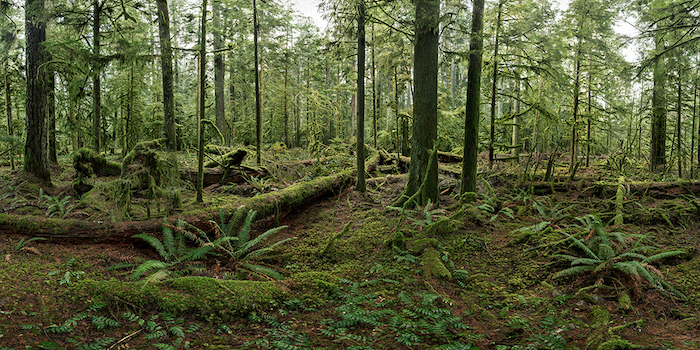 The documentary film is part of a larger multimedia campaign. The film premiered with two simultaneous museum exhibitions at the Art Gallery of Ontario and the National Gallery of Canada. The augmented reality installations in the museums could be viewed through smartphones, using markers in the gallery spaces. They provided an immersive experience, using photographs of a single object or space to create 3D models for visitors.

An educational program is being developed in partnership with the Royal Canadian Geographical Society (RCGS). The Anthropocene Project and the RCGS will use virtual and augmented reality to reach more than 20,000 teachers across Canada. More details will be announced later this year.

The film hopes to awaken our sense of responsibility and change. The act of bearing witness is an effective way to promote us to begin asking important questions.