Sarah Boon, Science Borealis co-founder and Board of Directors member 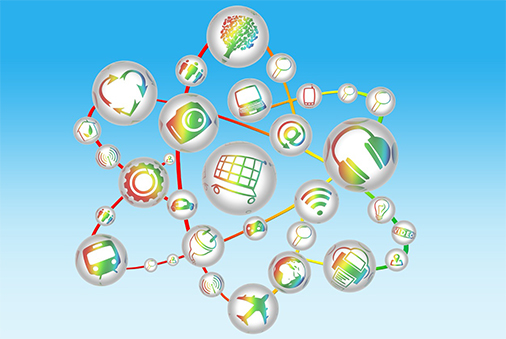 The Naylor Report is a federally funded review of our scientific research landscape that provides advice on how it can be rejuvenated after a decade of decline under the Harper government. Released in April, the report outlines a way forward for Canadian science that includes increased financial investment, and restructuring to better coordinate funding bodies and improve the diversity of funding recipients. Galvanized by the report, scientists have held meetings and panel discussions to address how best to implement the report’s recommendations.

Some of the outcomes of the Naylor Report were confirmed in a second report released at the end of June by the Global Young Academy, which determined that 40 per cent of Canadian scientists had turned from basic to applied research in the last decade in response to changes in the government’s funding model. This report also recommended increases in science funding.

In general, Canadians have positive attitudes about science, according to a 2014 report from the Council of Canadian Academies (CCA). Compared to other countries, Canadians report a high level of engagement with science, and increasingly rely on the Internet to find science news. When you look at the actual numbers, however, most of this interest is related to new scientific discoveries. According to the report, Canada also has a high level of science literacy. However, there remains a gap between science and society, and the CCA recommends that Canada enhance science communication and engagement in order to bridge it.

This recommendation is critical: Canadians engaged in, and with knowledge of, science are more likely to support the funding increases outlined in both the Naylor and Global Young Academy reports. But getting Canadians engaged in science requires science communication and communicatorsâ€•neither of which are mentioned in either science funding report.

These numbers suggest that the majority of science outreach in Canada happens through institutions such as museums and through educational initiatives generally aimed at school-aged children. There are also groups like the Canadian Science Policy Centre and Evidence for Democracy, who for years have worked to engage researchers with policy makers and to engage the public with science policy. While there are also several training programs (i.e., “media programs”) for communicators, there are limited opportunities for science communication initiatives to obtain fundingâ€•particularly for those aimed at adults.

While institutions like museums and science centres can, and do, host public engagement events for adults (for example, adult evenings at BC’s Science World), independent science communication initiatives often don’t have the resources to support that kind of engagement. Finding funding is difficult, as the country’s largest science outreach funder, NSERC’s PromoScience program, is limited to initiatives focused on Kâ€“12 students. This leaves many science outreach programs in the dark if they want to reach adults.

Why is it important to reach adults? As outlined in this Maclean’s article, most adults are unaware of the scientific process, specifically the lag time between starting a study and actually getting useful results. The more aware they are of this process, the more it will make sense to provide scientists with long-term financial support. Secondly, parents pass knowledge on to their kids, so the more engaged and knowledgeable they are about science, the more their kids will learn from them.

It’s also important to reach adults because their ability to vote makes them key decision-makers in our democratic system. As Carl Sagan wrote in 1995, “If we can’t think for ourselves, if we’re unwilling to question authority, then we’re just putty in the hands of those in power. But if the citizens are educated and form their own opinions, then those in power work for us. In every country, we should be teaching our children the scientific method and the reasons for a Bill of Rights.” Science funding has been an election issue in the past, so the more Canadians know about science, the more likely they are to vote to support it. Scientists need to invest in science communication initiatives that champion Canadian science and enhance Canadian science culture.

A good example of this kind of engagement is Vancouver’s Curiosity Collider. They host events such as “Neural Constellations: Exploring Connectivity â€“ An Evening of Art, Science and Performance under the Dome.” It explores similar patterns at the macro (astronomy) and micro (neurobiology) scale by taking a tour through both outer and inner space. Curiosity Collider also hosts a regular art/science speaker event called Collider Cafe, as well as art/science exhibitions. But they have been unable to identify a federal funding program to support innovative, interdisciplinary science outreach programming targeting adults, such as their artâ€“science and science communication projects.

Here at Science Borealis, our mandate is to be a one-stop-shop for Canadian science online. We aggregate the feeds of most Canadian science blogs in one location, and provide weekly commentary on Canadian science by our talented team of subject editors via our own blog. Unfortunately, we’ve also run into funding issues. While we are generously sponsored by Genome Alberta and Canadian Science Publishing, there are few other avenues for funding support. We’ve applied to several programs, none of which were an excellent fit, which meant we were ultimately unsuccessful. This significantly limits our ability to expand and develop new initiatives to reach adult audiences.

Some would argue that the communication of Canadian science is the purview of university and government public affairs offices, like the Research 2 Reality program, sponsored by six major Canadian universities, the Canadian Institute for Advanced Research (CIFAR), the Ontario government, and the Discovery Channel. However, they represent only one approach to transferring knowledge to the public. An alternate method would be for public affairs offices to partner with science communicators to get the story out about groundbreaking discoveries, as well as the process of science, and even about the importance of null results.

There are countless opportunities for hiring professionals and/or supporting science outreach organizations to assist in sharing science with the voting public. York University is trying a bold new experiment called a Science Communicator in Residence. With a flexible term of between four weeks and four months, residency holders are expected to “host talks/workshops related to science communications” and to develop science communication initiatives in consultation with York faculty and students. They’ve left the scope deliberately broad, presumably in order to accommodate a range of science communication approaches and foci.

This is the first article in a two-part series inspired by the Naylor Report. The second article appears September 13.