Mars… it’s hot right now. But then, so is Earth – and it’s getting hotter thanks to human-induced climate change.

Life on Earth is going to change drastically in the near future: melting ice sheets will cause sea level to rise, submerging coastal cities; food supplies will be disrupted; and the number of people displaced by these and other changes will increase.

Should we just head for greener (or, in this case, redder) pastures and live on Mars instead? Researchers in Canada and around the world are already looking into that possibility.

Canada has been part of Mars research for a long time. Scientists are using the Mars-like Devon Island in the Canadian High Arctic to test equipment like rovers, space suits, and habitats. Six Canadians were in the top 100 candidates to take a one-way trip to Mars starting in 2024 as part of the Mars One project. Canadian psychologist Natalie Allen is part of a team studying group cohesion and conflict, and took part in AMADEE-18, a Mars analogue field simulation in Oman that ran in February 2018. Zac Trolley, a Calgary engineer, landed a spot in a two-week simulation at the Mars Desert Research Station (MDRS) near Hanksville, Utah, and hopes to be involved in getting people to Mars – maybe even going himself!

In the US, the NASA-funded Hawaii Space Exploration Analog and Simulation (HI-SEAS) program, operated by the University of Hawaii, ended its fifth mock Mars mission on September 17, 2017. This program studies how groups of interplanetary travelers would work together on long-term missions in cramped quarters. The Mars Generation did a post-mission interview with the crew members, which gives us an idea of what it would be like for humans to live on Mars.

Clearly, many people and organizations are already on team #MarsShot. But what sort of timeframe are we talking about? Here are a few highlights of how this might roll out (see here for the detailed projections).

But wait just a minute! That’s all great, but not everyone will be going to Mars – what about the rest of us? What will happen back on Earth? The projections for Earth’s climate over the next few hundred years are not pretty. Is Mars really a viable alternative, even if it means that many will be left behind on an increasingly inhospitable Earth?

We know the conditions on Earthare ideal for the existence of life as we know it. How does Mars compare with Earth?

A view of Earth and Mars. Image credit: NASA

Mars seems like a good choice for colonization, and superficially it isn’t that different from Earth. Mars is half the diameter of Earth, with nearly the same length of day, but double the length of year. However, its gravity is less than 40 per cent of Earth’s, and the atmosphere is more than 100 times less dense and lacks elements like oxygen (0.13 per cent of the atmosphere), which most Earth-based life needs to survive. Moreover, unlike Earth, Mars doesn’t have liquid water, plate tectonics (which recycles chemicals necessary for life), or a magnetic field (which protects the planet’s surface from harmful radiation).

Hmmm… Mars isn’t looking quite as attractive any more. It would take a lot to make it a viable option. The worst conditions on Earth are still better than the best conditions on Mars. There are a number of reasons why living on Mars may be less than ideal. Freezing, starving, suffocating, radiation poisoning…if you even make it there at all.

Can we even make it to Mars? Several countries/space agencies have launched missions to Mars, but out of 43 missions only 20 have been fully or partially successful – that’s a success rate of about 47 per cent. There were so many failures that people began attributing the loss of probes to a mythical Great Galactic Ghoul. That sobering fact alone might cool the enthusiasm of anyone thinking of going there. That, and the fact that we have yet to build a successful self-sufficient closed biome, which would be necessary for supporting life on Mars. Then again, there have been some Mars missions that have been more successful than anyone ever anticipated – here’s looking at you, Spirit and Opportunity. 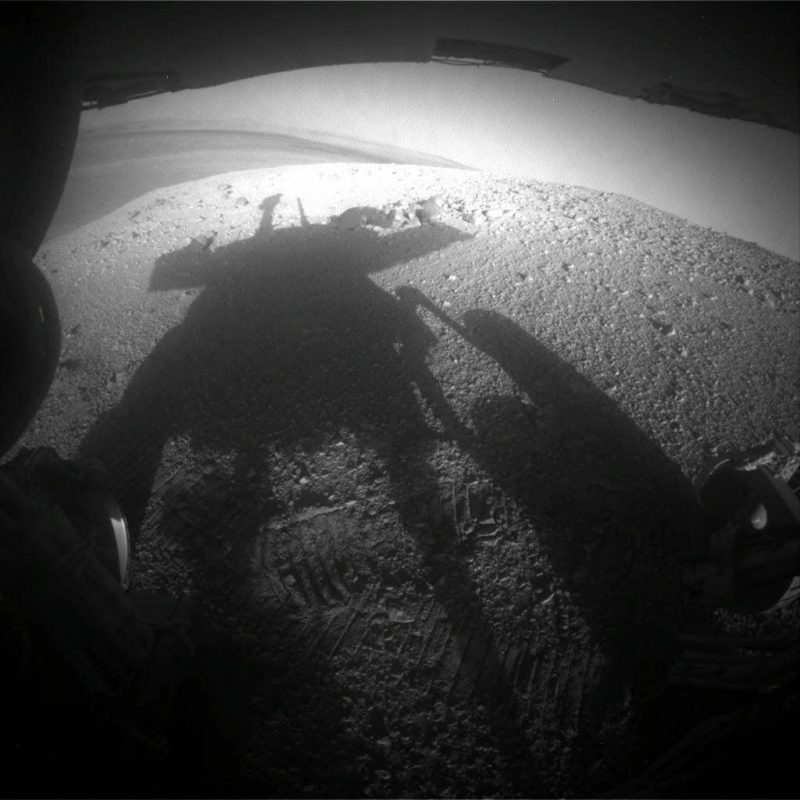 Power is also an issue. Solar panels won’t work well for a colony because Mars receives only about 43 per cent as much sunlight as Earth does, and because of all the dust on the Martian surface. What about nuclear power? NASA’s Kilopower Project hopes to solve the power problem with a compact nuclear fission reactor (about the size of a paper towel roll) that uses a uranium-235 reactor core. Others, however, think using thorium is a better idea, although we’d be limited in either case by how much of a local supply there is compared to shipping it out there, not to mention the technical challenges of mining and processing local mineral ore on Mars.

Humans need a lot of other resources to survive that would have to be generated on Mars for a colony to be successful and independent. A ground-based in situ resource utilization (ISRU) system has been proposed for producing air, water, and methalox fuel, as well as steel, bricks, cement, basic fertilizers, plastics, and silica products (such as glass panels), but it is unproven technology.

Even if we overcome all the technical challenges, to paraphrase the character Ian Malcolm (played by Jeff Goldblum) in the movie Jurassic Park, just because we can doesn’t mean we should.

Is there already life on Mars? We don’t know for sure, so should we risk contamination? What about the expense and materials needed to send people there and provide them with enough resources to survive? Would those resources be better used to help deal with problems here on Earth, considering that the vast majority of people will never leave this planet? If we have to build something to survive on Mars, why not just build it here? And who’s to say we wouldn’t just mess up Mars the same way we did Earth in the long run, anyway?

We support studying Mars for scientific reasons, but we think efforts to make a planet habitable would be better focused on solving climate change problems here on Earth before we set our sights on moving to other planets.

What do you think? Vote in our Twitter poll here:

2 thoughts on “Move to Mars? Just because we can doesn’t mean we should…”