A recent study shows that eating fruits and vegetables and drinking tea can help prevent you from developing Alzheimer’s disease.

Well, actually… the study shows that the risk of developing Alzheimer’s disease is reduced in people who voluntarily eat foods with high amounts of flavanols (a source of antioxidants) after controlling for age, education, and other health factors.

In other words, research on human health is much more complicated than headlines and news stories make it seem.

Alzheimer’s disease is complex and looks different in everyone who has it. Memory loss is generally one of the earliest and most common symptoms; other symptoms include difficulty with coordination, apathy, and depression. This means that there won’t be one single “cure” or “prevention” for the affliction.

What’s more confusing to most people is the oversimplification of preventative measures such as diet. How often have you read that drinking red wine can help you avoid disease? Articles touting the benefits of certain foods often reduce the research to a simple answer and ignore the complex nuances of the study. 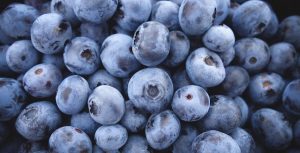 Blueberries are one example of a “super-food” that is claimed to prevent multiple health issues – including Alzheimer’s disease. Photo by Free-Photos, Pixabay CC0

The study discussed above is a case in point. It examined the self-reported dietary habits of adults aged 65 years or older with respect to the development of Alzheimer’s disease. Participants who reported consuming higher levels of flavanols over a period of six years were found to have a decreased risk for the development of symptoms during the six-year period of the study.

While self-reporting may be a good approximation of habits, it is not a perfect method. People may misremember certain behaviours or state that they engaged in favourable behaviours more often than they actually did to make themselves look better. Moreover, the study is correlational, which means that, while there is an association between eating foods with flavanols and a lower risk for the illness, it does not automatically mean that flavanols are responsible for that lowered risk.

In fact, there may be a third unconsidered factor that is responsible for reducing the risk of developing Alzheimer’s disease… or it could be a combination of many factors that is key to risk-reduction. To examine this question, researchers would ideally have one group of test subjects consume flavanols while another group avoided them. This study design would yield more definitive results. However, it would be unethical to knowingly put anyone in a position where they could develop a life-altering disease, making this study design impractical.

In the absence of experimental testing on humans, studies often use mouse models to investigate the relationship between diet and the development of Alzheimer’s in mammals. (Of course, the coverage of mouse studies in the media are also problematic. See the Twitter page JustSaysInMice.) 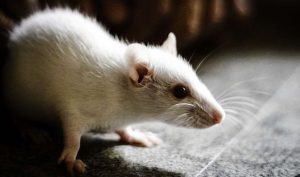 Dr. Craig Hutton completed his PhD in the Neurotechnology and Neuroplasticity Lab on the impact of dietary supplements on cognitive decline in mice at McMaster University. He described one study to Science Borealis that compared the behaviour of two groups of mice, one with a high genetic risk of developing Alzheimer’s disease and one with a lower risk (the control group), to diet. The cognitive abilities of the mice were recorded, then half of each group were fed a savoury diet of bagel chips infused with a dietary supplement (including flavanols) intended to reduce the progress of cognitive decline, while the other half of each group was given plain bagel chips. The goal of the study was to see if giving the dietary supplement to high-risk mice reduced their cognitive decline. This was determined by comparing their performances to control mice on a variety of tasks.

What does this mean for the effectiveness of the supplement? You guessed it: It’s complicated. The supplement helped with some aspects of cognitive decline but not others. In addition, there were other findings that aren’t even touched on here, such as the effects of the sex of the mouse and biological markers in their brains. It’s not just a question of whether or not the mice had Alzheimer’s disease but rather a matter of which symptoms, at what severity, and in which populations.

Mouse models are really helpful and important for our understanding of Alzheimer’s disease, but more research needs to be completed before a full clinical study in humans can be done. It’s important to test the supplement for side effects and risks. And they have to be tested using different animal models (such as primates). Dr. Hutton also pointed out that the supplement itself is complex and includes many different nutrients, so it’s unclear which parts of the supplement are helpful for what symptoms.

Most importantly, Dr. Hutton said that diet is only one part of the equation when it comes to disease prevention. Physical activity and regularly getting a good night’s sleep are equally important to make sure the flavonoid-rich/anti-oxidant/anti-inflammatory diet you’re following can actually provide you with any health benefits.

With all of that said, should you forego eating leafy greens, blueberries, and whole grains just because they are not guaranteed to lower your risk of developing Alzheimer’s disease? Of course not. You should continue eating those foods if you enjoy them and also because they provide other, overall health benefits. But remember – the relationship between diet and Alzheimer’s disease (and many other diseases) is complicated. Anyone who makes it seem otherwise is probably not telling the whole story.