The Okanagan Valley, a hot spot for many at-risk species, is located in the south-central Southern Interior region of British Columbia. It is home to 185 wineries, many golf courses and fruit orchards, and an incredibly diverse landscape that attracts tourists from around the world. The Southern Interior also happens to be the only Canadian home of the threatened northern Pacific rattlesnake (Crotalus oreganus oreganus), a subspecies of the western rattlesnake. 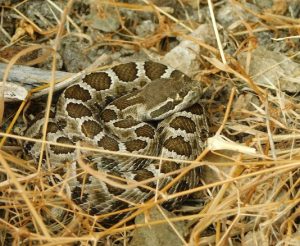 Northern Pacific rattlesnakes are shy creatures that prefer to hide rather than strike, freeze in the face of oncoming danger (such as a speeding car), bask in the sun on rocky ledges, and hunker down in dens come winter. But none of these qualities have helped save them from people’s misplaced fears, habitat loss, or road traffic, and now their Canadian population is in decline.

Lucky for them, they’ve got a fan club, or at least a few enthusiastic researchers hard at work trying to change their fate. 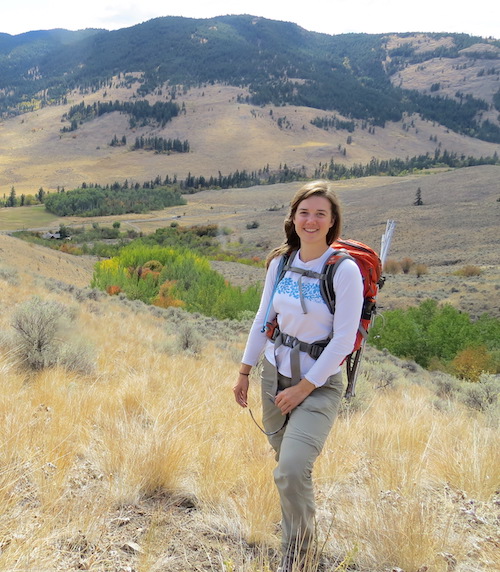 Stephanie Winton is one of them. She is always eager to share her slogan, “Don’t forget to brake for snakes!”, and she is one researcher who is making a difference.

She and her colleagues at B.C.’s Thompson Rivers University and Environment and Climate Change Canada have been studying roadkill patterns in the White Lake basin region of the Okanagan, where many of these rattlesnakes lose their lives along a two-lane road.

After her first two years of monitoring roadkill, Winton found that automobile-related deaths account for 6.6 per cent of rattlesnake deaths in the White Lake basin each year. While that may not sound like a lot, combined with their delayed sexual maturity (females begin reproducing when they’re 7â€“9 years old), and their slow reproductive rate (they only reproduce every 2â€“3 years), that 6.6 per cent death rate has a major impact on this creature’s population. Their numbers in the Okanagan are steadily declining, and if that trend doesn’t change, they could become locally extinct within 100 years.

According to B.C.’s Southern Interior Reptile and Amphibian Working Group’s Recovery Plan for the Western Rattlesnake, Canada has less than five per cent of the global population of northern Pacific rattlesnakes. (The rest of this subspecies lives in Washington, Idaho, and northern California.) Even though only a fraction of northern Pacific rattlesnakes lives in Canada, this population matters. British Columbia is the northernmost stretch of this rattlesnake’s range, which makes it a peripheral species.

Winton says that peripheral species tend to be more sensitive to threats, such as habitat loss, persecution, and road mortality, and are more in need of conservation than populations at the core of a species’ range. She also points out that “Peripheral populations are important as they may buffer against loss of genetic diversity and allow the species to persist or even expand [the] current range.”

The northern Pacific rattlesnake also plays an important role in the Okanagan ecosystem as a mid-level predator (mesopredator). These snakes help control the population of small mammals and provide sustenance for predators like coyotes, badgers, and raptors. 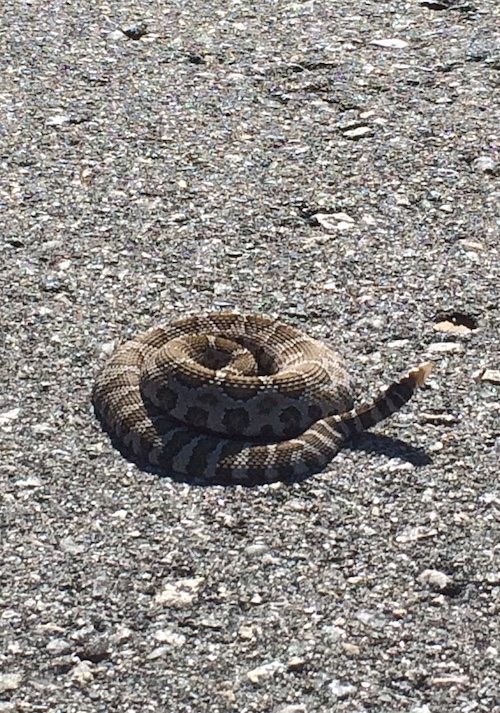 A western rattlesnake on a road; photo by Stephanie Winton, used by permission

Besides having real affection for these snakes (Winton referred to the neonates â€“ newborn snakes â€“ as “cute” in one of our conversations and is radiant when handling the adults), Winton knows how important they are for the health of the ecosystem. She also knows how dangerous roads are for all wildlife, especially these snakes.

“If you’re a motorist,” Winton said to me, “and you see a dead animal, multiply that times three. That’s the true magnitude.”

You may be wondering how Winton knows there are three times more animals killed by cars than drivers see on the road. In her study, she had to account for scavenger removal rates. To do this, she planted carcasses collected off-site in recorded roadkill locations and monitored those locations to determine how quickly the carcasses were removed. She did this by visiting the sites daily and, in some instances, setting up cameras to monitor scavengers.

Her research showed that scavengers removed 52 per cent of the snake carcasses within 2 days, and only 11% of the carcasses were never scavenged. All in all, she and her colleagues determined that the total number of dead animals detected in their study was 2.7 times less than actual deaths.

Roads aren’t just bad for snakes. In her four years of monitoring roadkill, Winton reported 2,500 roadkill events. She suggests this is the equivalent of one animal dying for every 100 vehicles that pass by. The animals included amphibians, reptiles, birds, and mammals. Don’t just imagine bobcats, snakes, and deer â€“ think hummingbirds, robins, tree frogs, salamanders, painted turtles, and alligator lizards.

Winton’s latest paper, “When protected areas are not enough: low-traffic roads projected to cause a decline in a northern viper population,” continues to drive the point home: road deaths are a real population problem for these snakes.

Considering the annual increase in tourism traffic in the region, Winton’s concern is well founded. In 2019, the number of tourists visiting the Thompsonâ€“Okanagan increased by 18 per cent from the year before.

So what can be done to help animals avoid the road? Build wildlife tunnels (also known as eco-passages)? Maybe…

A wildlife eco-passage with fence directs animals into culvert (left); a newborn western rattlesnake travels in culvert. Photos by Jade Spruyt (left) and Stephanie Winton (right), both used by permission

Winton got lucky. While her research in the White Lake basin was underway, the Ministry of Transportation decided to repave the road she was monitoring. Because of the work she had already done, she knew the areas of highest rattlesnake mortality and asked if culverts could be installed in those areas.

The ministry said yes and in 2018 installed five culverts intended as wildlife crossings. It’s too early to know if the tunnels are having a positive effect on the western rattlesnake population in the area, but her team is hopeful and monitoring. 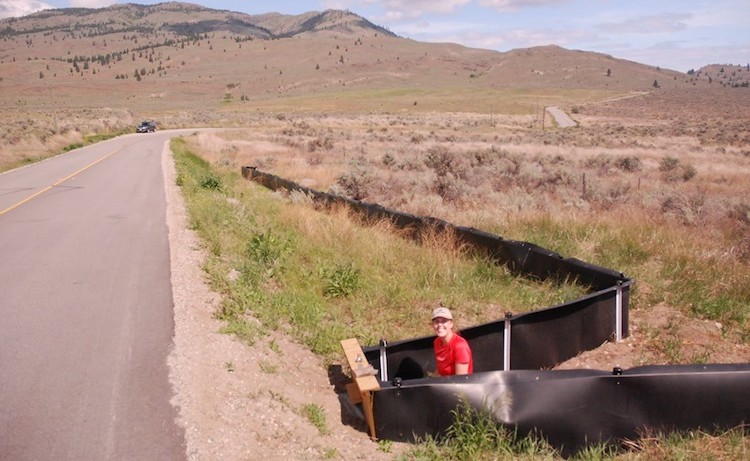 Jade Spruyt, a new graduate student working on the project, stands next to one of the eco-passages; photo by Karl Larsen, used by permission

In the meantime, what can you do to help support the western rattlesnake population in B.C.? Learn more about these shy reptiles and their habits so you can avoid an unexpected encounter.

And, Brake for snakes.